The 12 Mandates of "The Shepherd of Hermas" 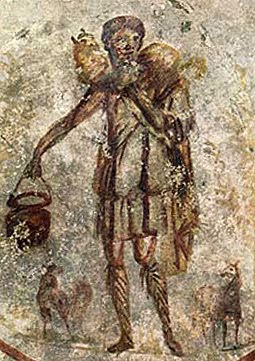 A very instructive book from the second century is called "The Shepherd", in which a man by the name of Hermas from Rome received revelations from an angel of God. Hermas was a wealthy man but because of his sins and the sins of his sons, he fell into extreme poverty. Once while in prayer, a man appeared to him in white raiment with a staff in his hand and told him that he is an angel of repentance who was sent to be with him until the end of his life. The angel gave him the following twelve mandates:

2. To live in simplicity and innocence; do not speak evil and give alms to all who beg;

4. Preserve chastity in your thoughts;

6. To know that with every man, there is a good and an evil spirit;

7. To fear God and not to fear the devil;

8. To do every good and to refrain from every evil deed;

9. To pray to God from the depth of the soul with faith that our prayer will be fulfilled;

10. To guard against melancholy as the sister of doubt and anger;

11. To question true and false prophecies;

12. To guard against every evil desire.