What Could Orthodox Christians Say To New Agers? 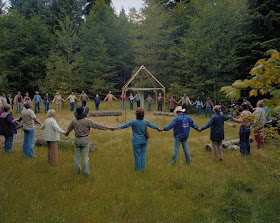 By Metropolitan Athanasios of Limassol

The New Age means so many different things. A great deal that goes by the name "New Age" is very contrary to Orthodoxy. There is a kind of neopaganism in much of the New Age that we should be deeply suspicious of. But I am unhappy when people make a global denial of the New Age. I say this because in what is called the New Age there is a genuine searching for a spiritual meaning in life. Many people are attracted to New Age groups precisely because they are dissatisfied with modern materialism. The institutional churches, including the Orthodox Church, have failed these people. We have presented Christianity in a way that doesn't interest them. We have made Christianity seem to be nothing more than moralistic teaching; often we say little more than what a sociologist might say. But people don't want to hear from us what they could hear elsewhere, often much better expressed. They don't want to come to church simply to listen to our views about social issues and politics. Often we Christians have failed to bear witness to the transcendent reality of the living God and to the divine kingdom hidden within the heart. At how many Orthodox churches in America, I wonder, do you hear a Sunday sermon about the Jesus Prayer or the Sacrament of Confession? All too often you hear the kind of things that could be said better by a liberal humanist. So, I think the New Age has behind it a real seeking for spiritual truth that institutional Christianity has failed to satisfy. The movement may have gotten into very dubious side alleys, but there is also a sincere quest that we should not simply dismiss.