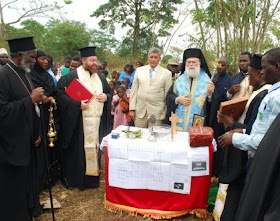 On the Sunday of Orthodoxy, March 13th, the Pope and Patriarch of Alexandria and All Africa Theodoros II, after the Divine Liturgy, accompanied by His Eminence Metropolitan of Kampala Mr. Jonah, the Clergy, the Egyptian Ambassador, the Muslim religious worker in the area and many visitors went to an adjacent area of ​​the Parish of Anthony the Great Monte and held the ceremony to found the first Orthodox Monastery in Africa dedicated to Saint Mary of Egypt.

The Sisterhood that will inhabit the monastery, by the grace of God, after its completion consists of three native Nuns - Maria, Taboria, Theosemni - who lived for two years at the Monastery of Panagia Chrysopigi in Chania, Crete and they were taught the Greek language, ecclesiastical music and monastic handiwork.

Welcoming the commencement of construction of the monastic habitat, the Archbishop spoke of the importance of monasticism in the Orthodox Church and expressed the feelings of hope and joy generated by the establishment of a monastic Sisterhood in Africa. 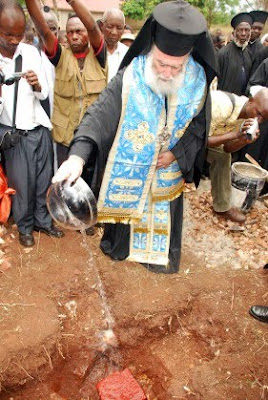 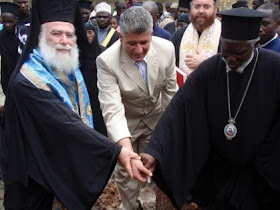 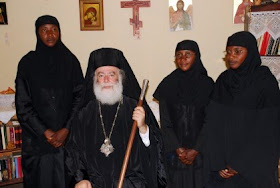 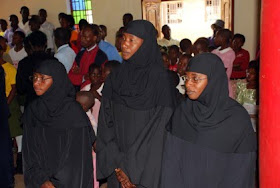