Controversy Over Rising Influence of Church in Romania 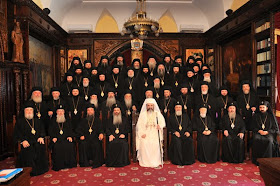 Romanian civic organisations are protesting against a law which they say will increase the influence of the church in the country.

The parliament in Bucharest has just approved a law that will allow the state to reimburse officially recognised churches in Romania up to 80 per cent for their spending on social welfare projects.

As a result, the churches will have to attract from donations or their own sources only 20 per cent of any cost related to the construction of orphanages, homes for the elderly and schools for children, and other such programmes.

There are eighteen officially recognised religious denominations in Romania, with the Orthodox and Catholic Churches, respectively, the largest. More than 85 per cent of Romania's population of 21.5 million belong to the Orthodox Church.

"Such a law will enable the church to perform their traditional role of helping the poor and people in need. The state will only support such projects in the beginning,” MP Raluca Turcan, who backed the law, said.

"The law is discriminatory as many organisations with expertise in social services are excluded from getting money from the state. Furthermore, many disavantaged groups, such as drug addicts or LGBT, will be excluded from being helped, as their problems are never adressed by the church,” says Sabina Nicolae from the SAMU social organisation.

"In my opinion, the law was mainly designed by politicians interested in courting the church as a way of attracting sympathy from the electorate,” she added.

Civic organisations are now asking President Traian Basescu not to sign the bill into law.

Recently, the Orthodox Church draw criticism for its plan to build a 107-metre-high cathedral, the tallest in south-east Europe, and seeking help from the cash-strapped state for the project. By law, the state is allowed to provide support for church construction and restoration.

The Orthodox Church – which has enjoyed a revival since Communism fell in 1989 - remains the most trusted public institutions in Romania, according to polls.

But it has often been marred by allegations of corruption and nepotism. Furthermore, it has been criticised for having taken an ambivalent stance towards the former Communist regime, with many bishops accused of lauding former dictator Nicolae Ceausescu, supporting his policies and applauding his ideas about peace.

After the fall of Communism, the Church never admitted that it cooperated with the regime, though some individual bishops have admitted to collaborating.
John at 10:58:00 AM
Share
‹
›
Home
View web version