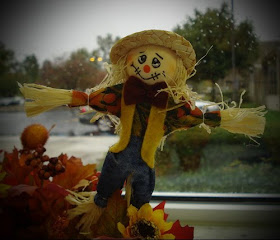 By Fr. Mark Sietsema*
I have a confession to make. And it’s a bad one ….

When I was a kid … I used to get dressed up for Halloween! And it was not always something innocent either, like an astronaut or a cowboy. Once I was even a ghost! Worse yet, I would go door-to-door with my brothers and say “Trick or treat!” Idolatrous! Occultic! Satanic! Over time, of course this demon-glorifying activity caught up with me. Look at me now. I dress in black almost every day …

Of course you see the problem here. If not, you will very soon start reading about it in the paper again. Many people of churchy persuasions object strenuously to the observance of Halloween. Every year we read letters to the editor that run as follows:

“Halloween is the worship of the devil! Halloween comes from heathen roots! Trick or Treat comes from an ancient pagan custom: the Druids would go from house to house seeking a virgin to sacrifice! If you complied and handed over your family’s virgin, they left outside your door a jack-o-lantern with a candle inside … fueled by human fat! If you did not comply, a terrible trick would be played on you! The Catholic Church perpetuated the pagan legends with its Feast of All Saints. If you let your kids celebrate Halloween, you expose them to the possibility of demonic possession!”

Well, good Orthodox Christian, what should our Church make of this controversy? Is Halloween something we Christians should shun like the Black Mass? Don’t the facts about Halloween’s origins prove that it is an abomination?

Now, you need to know that the Romans were not what you would call “culturally curious.” They had little interest in the ways of the conquered Britons. Generally, when there is interaction between conqueror and subject, the conqueror picks up and uses the local names for rivers, hills, and the like. For instance, our state is full of names from the native languages of the Indians: Michigan, Mackinac, Saginaw, Escanaba, Kalamazoo, Washtenaw. However, we find almost no use of the Celtic place names by the Romans. The Romans did not come to Britain for kaffee-klatsches, but for plundering and pillaging. Under the Roman sword the Celtic place-names perished with the Celts, as did any certain knowledge of Celtic or Druidic customs (like what kind of fat they used in their candles).

But what if the stories about pagan Halloween were true? Does that prevent us from making a fun day out of the Thirty-First of October? Or do pagan origins damn a thing forever?

I would hope that as Orthodox Christians we would know better than to say that. We borrowed an awful lot of useful things from ancient pagan cultures. Our musical system of eight tones? From the pagan Greeks. (Next time you hear a dismissal hymn in the Third Tone, picture a phalanx of Lacedaemonian warriors marching into an attack: they liked Third Tone for their battle hymns.)

And our iconography is an obvious adaptation of Egyptian funerary art: the portraits painted on Egyptian coffins look just like the faces in our icons. Christmas, we all know, is a retooling of the Roman celebration of the winter solstice, the Feast of Sol Invictus (the Invincible Sun-god). And many, many Christian churches were built atop pagan shrines and holy places, the most famous example being the conversion of the Parthenon (a temple built in honor of Athena the Virgin Warrior) to a church dedicated to the Virgin Mary.

Even Protestants with their Puritan impulses and their “just the Bible” mentality have to contend with borrowings from pagan sources in the Scriptures. For example, chapters 22-24 of the Book of Proverbs are almost certainly a translation of the older Egyptian advice guide The Instruction of Amen-em-Opet. And elsewhere in the Bible different titles given to God such as El Elyon “God Most High” and “the one who rides on the clouds like a chariot” (Psalm 104:3) are originally epithets for the pagan storm-god Baal.

What’s my point? You can’t judge a custom by its origins. What counts is one’s intention in the here and now. And let’s be honest: modern Halloween for you and me—and even the Wiccans down the street—has nothing to do with virgin sacrifice or black magic. It’s about having fun in a costume and eating things your dentist wouldn’t approve of.

“Well!” the anti-Halloween crowd would reply, “Halloween teaches kids that they can get something for nothing!!” But is that so bad? To my ears that sounds awfully close to the Christian idea of grace!

“Yes, yes, but we shouldn’t teach our kids that it’s OK to threaten someone with vandalism if they don’t fork over something you want!” Well, let’s look at this from another perspective. Maybe Halloween holds a nice little life lesson: you give a little to get a little. The Book of Proverbs speaks often of the power of gifts. If we all practiced the spirit of Halloween—being prepared always to give small kindnesses to those around us—what a wonderful world we would have.

Again, let’s be honest: no one was ever possessed by the devil because he or she dressed up for Halloween or passed out licorice or read a Harry Potter book. Our modern lives have way too many other avenues for temptation to enter, and these things are the real cause of our spiritual problems: pride, gluttony, hatred, materialism, and ignorance.

This may be the only pro-Halloween article by a clergyman you read this year. Actually, this piece isn’t so much pro-Halloween as it is anti-superstition and anti-paranoia. American Christianity is too much titillated by thoughts of demons, based on a mythology of evil that has more to do with pagan folklore than the sober statements of Scripture. Such superstition gives all Christians a bad name.

That’s why I’m not afraid of Halloween, and I see no problem with Orthodox Christians having fun at costume parties. After all, why would anyone want to learn more about Jesus Christ and his message, if being a Christian means forever being a spoilsport and a killjoy? If you believe in one God, if you trust Him, then accept his protection and don’t live in fear of demonic bogeymen. The real battle with the devil is fought in the heart, not in front of the Harry Potter bookstore.

Some people go overboard on the spooky side of Halloween. It’s not too hard to avoid that for your family. Skip the horror movies. Don’t revel in gore. Don’t profane death. Don’t indulge in occult practices … But don’t be paranoid or superstitious either!

And have a Happy Halloween!