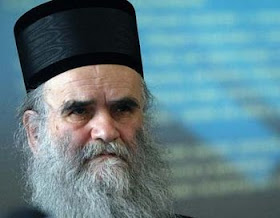 On October 10, in the Serbian capital of Belgrade, the so-called ”Gay Pride Parade” took place, initiated over the course of several years by various organizations of people with non-traditional sexual orientations. Various international representatives and emissaries actively supported this undertaking. Preparations for the gay parade were on an unprecedented scale, with an active media campaign. Even some government officials were called to participate in this event, including members of the cabinet of ministers. Heightened security measures were taken in light of the fact that such a parade would provoke a sharply negative reaction from the Serbian public. Earlier attempts to conduct such an event ended in physical attacks upon the participants, confrontations with the police, disorder on the streets, or were simply cancelled by representatives of the Ministry of Internal Affairs before they ever happened.

Several days before this event, a member of the Holy Synod of the Serbian Orthodox Church, Metropolitan Amfilohije of Montenegro and the Littoral, commented on what was about to happen. This commentary was published in ”Pechat” magazine.