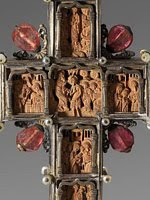 The Catholic Church in Germany returned a looted gold cross to Serbia on Tuesday, 65 years after it was stolen from an Orthodox monastery by an unidentified German soldier.

Hans-Josef Becker, archbishop of Paderborn, handed over the cross at the Serbian embassy in Berlin, an embassy spokeswoman said.

The treasure is a gilded cross with a base so it can stand upright on a table and a hollow space for a religious relic.

Germany has been stepping up efforts to recover its own lost art which was seized by the Soviet Union in reparation after the war, and has also been working to identify looted art on German soil so it can be sent home to other nations. 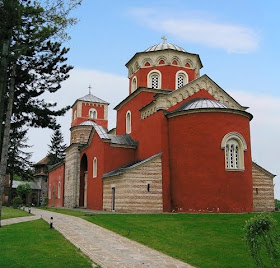