The Foolishness of Atheism 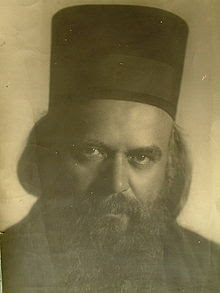 "The fool hath said in his heart, 'There is no God'. They are corrupt. They have done abominable works" (Psalm 14:1).

The mind is the rudder of man's entire being. It counsels, persuades and guides. Both the soul and the body act according to the mind. If the mind is upright before God, then the whole man is upright. If the mind is iniquitous before God, the whole man is iniquitous. Even if someone merely thinks, "There is no God," the thought immediately manifests itself in his deeds. Evil thoughts come first and evil deeds inevitably follow.

Do you see how well the inspired prophet knows the nature of man? First, he underlines the cause, then he cites the consequences. Evil deeds necessarily proceed from evil thoughts. That is why, brethren, you should not believe those who say: "I do not believe in God, but I do good deeds." First of all, he who does not believe in God does not know what good is, nor can he differentiate good from evil. By his disbelief, a man cuts himself off from the greatest Good and the Source of every good!

Furthermore, let us carefully study this: you will see that all the deeds of the ungodly are corrupt and hateful. They are corrupt because they are evil, worthless and transitory; they are hateful, because they are contrary to the will of the Living God. The godless cannot distinguish good from evil, for only in the light of God's law can one determine precisely what is good and what is evil.

However, it can also be that those who merely say they believe in God do corrupt and hateful deeds, acknowledging God with their lips but denying Him in deeds. It is good to confess God with your lips, but that is a long way from being enough! One must also acknowledge Him with the heart, and confirm one's faith by good deeds. Even so, it does happen that a man believes in his heart, and confesses with his lips, and still sins. This happens either from the weakness of the will or from the devil's arrows. Let such a one repent, and he will be forgiven immediately.

Repentance is salvific even for the godless; how much more so for a believer? As long as a man is on earth, he has a chance for repentance. But who can be certain that his time will extend beyond this night? Hence, delaying repentance is utter foolishness.

O most gracious Lord Jesus Christ, Son of God; help us to repent as Thou dost help us to breathe. To Thee be glory and praise forever. Amen.
John at 7:39:00 AM
Share
‹
›
Home
View web version