The New Religion of Body Improvement 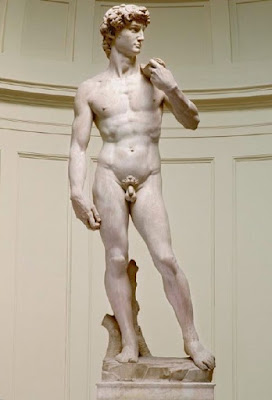 “The worldwide pursuit of body improvement has become like a new religion,” says photographer Zed Nelson in the introduction to his latest book, Love Me.

His photos therein depict in loving, lurid detail evidences of bodily fanaticism around the globe – a preposterously muscled bodybuilder in Las Vegas, prosthetic nose implants in Beijing, the winner of a maximum-security-prison beauty pageant in Rio. But do these photos really point toward a “new religion”?

There’s reason to think so. In fact, though the pursuit of bodily perfection is a global phenomenon, its roots may lie partly in American religion.

R. Marie Griffith argues that religion, specifically Protestant forms of Christianity, has been a key influence on the conception and creation of American bodies.

Protestant ascetic expressions of Christianity are invested in bodily “indicators of faith, each steadfastly promoting corporeal acts of devotion... while affirming that signs of authentic spiritual renewal [are] essentially grounded in the body.”

According to Griffith, the ideal of bodily perfection – present throughout American history – rose to general prominence toward the close of the twentieth century, emerging from the evangelical devotional diet movements that first cropped up in the late 1950s.

Promoting the belief that inner goodness was apparent in one’s outer aspect, this vein of devotion was built on the doctrine that “fat was sin.” A thin, firm, beautiful body, it was believed, was the visible reflection of goodness and godliness.

The sundry forms that such disciplines take – exercise, dieting, and the like – have infiltrated the wider culture, permeating the American consciousness with anxiety about the body while shaping beliefs about beauty.

Today the forces of globalization have propelled the American conception of the perfect body into the world at large, where it has inflected traditional Western ideals of beauty.

Nelson notes an “increasingly prescriptive” standard of beauty that has given rise to ever more anxious attitudes toward the body, and thus to increasingly fanatical practices of bodily improvement.

Anxiety and devotional attention to the body are nothing new in religious life. Caroline Walker Bynum claims, for example, that “eating in late medieval Europe…was at the core of religious world-denial... [R]enunciation of ordinary food prepared the way for consuming Christ in eucharist and mystical union.”

But today’s body disciplines extend well beyond attention to diet. Rebecca Mead compares the modern obsession with cosmetic surgery to Christian asceticism. The surgery addicts she discusses describe their fixation in “the language of religious experience, with its wretchedness and its sublimity and its consciousness of transgression.” They display all the “self-scourging rigor” of medieval ascetics.

Like Christian asceticism, Mead points out, cosmetic surgery is predicated on the possibility of human perfectibility – although she notes, “If for St Teresa perfection required transcending the allures of the material and the sensual, adherents of the cult of plastic surgery undergo surgical mortification of the flesh in order to embrace the sensual life more fully.”

The new religion of body improvement shifts the aims of asceticism; the body is no longer a means to spiritual illumination but an end in itself. For today’s ascetics, transcendence lies within a form of bodily redemption; they seek to make of the mortal, corruptible body a perfect, youthful body.

The bodily modifications Nelson and Mead document are motivated by anxiety about death and a corresponding longing for eternal youth – a desire for immortality – but the location of eternal life has moved from the heavens to the material world.

The surgical breakdown and reconstruction of the body correspond to the symbolic dismemberment and reintegration of the body found in initiation rites across many religions.

Today’s surgical rituals usher initiates from the imperfect to the more perfect, from the humanly mortal to the deifically immortal. There is something undeniably miraculous about such momentous transformations.

Plastic surgery heralds a transformation of the very stuff of humanity. It portends a forfeiture of the “natural” body – a wish to transcend the mortal, aging body and a corresponding desire to be resurrected as immortal, like a god.

David Chidester acknowledges the increasing plasticization of the human body, noting that plasticity upsets the distinction between human and God. Treating the body as malleable, transformable, and perhaps even imperishable is a form of “plastic religion” that gestures toward immortality.

In some sense, maybe this is just what it means to be human, and religious: to be ceaselessly engaged in experimentation with the possibilities of existence. “Whatever else religion might be about,” Chidester writes, “it is about limits.” If so, then today’s global obsession with exceeding the boundaries of the possible – achieving perfect, immortal bodies – is a religious phenomenon.

Exalting and demeaning, liberating and lethal, godly and infernal, the pursuit of perfection still and always remains part of the religious project of testing human limits.

- The introduction to Nelson's book can be found at his website - http://www.zednelson.com/?LoveMe.