Monastery of St. Symeon the Stylite the Younger

St. Symeon the Stylite the Younger (Feast Day - May 24)


The Monastery of Saint Symeon Stylite the Younger is located near Antakya, Hatay, Turkey. Antakya is a city in southern Turkey. The ancient name for Antakya was Antioch ad Orontes, founded in 300 B.C. by Seleucus I Nicator.

Saint Symeon the Younger (521-595) spent his life on a 12-metres-high column in a cloister exactly between Antakya and Samandag on Wonderful Mountain (Sem'ān Daği). The Monastery was built on a hill and a few kilometres before the mouth of the Orontes, and was initiated in 541 A.D. Till the 13th century it was a place of pilgrimage. The Monastery site is preserved, but in ruins. A great view compensates for the ruins.

Saint Symeon, the "New Stylite," was born in Antioch; John his father was from Edessa, and Martha his mother was from Antioch. From his childhood he was under the special guidance of Saint John the Baptist and adopted an extremely ascetical way of life. He became a monk as a young man, and after living in the monastery for a while he ascended upon a pillar, and abode upon it for eighteen years. Then he came to Wondrous Mountain, and lived in a dry and rocky place, where after ten years he mounted another pillar, upon which he lived in great hardship for forty-five years, working many miracles and being counted worthy of divine revelations. He reposed in 595, at the age of eighty-five years, seventy-nine of which he had passed in asceticism.

Apolytikion in the First Tone
Thou becamest a pillar of patience and didst emulate the Forefathers, O righteous one: Job in his sufferings, Joseph in temptations, and the life of the bodiless while in the body, O Symeon, our righteous Father, intercede with Christ God that our souls be saved.

Kontakion in the Second Tone
Desiring the heights, thou wast translated from the earth; thy pillar was made a second Heaven by thy toils; by it, thou didst shine with the splendour of great wonders, O righteous one. And thou ever prayest to Christ the God of all in behalf of all of us. 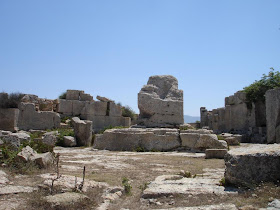 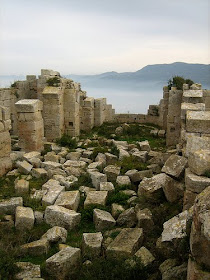 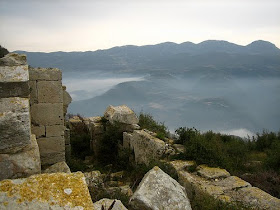 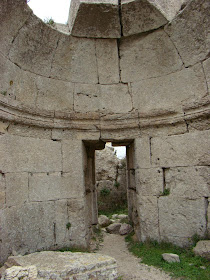 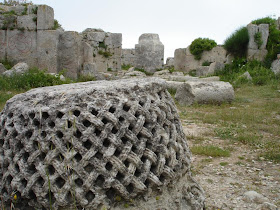 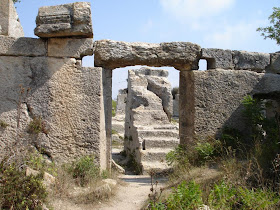