Georges Vasilievich Florovsky: Philosopher of the Orthodox World (2 of 8) 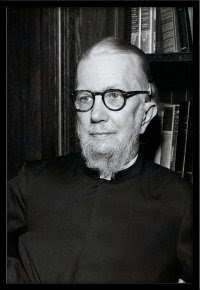 Continued from Part One


Beginning in the autumn of 1911, Florovsky undertook intensive studies at the University of Odessa. In addition to his studies in philosophy, beginning with Plato and Aristotle and ending with Schopenhauer and Mill, Florovsky also studied extensively ancient, medieval, and modern history. After completing successfully the final examinations of the university, Florovsky was awarded the university diploma with first class honors, a degree which qualified him to teach in any school in the empire below university level. During the next three years he undertook a variety of teaching assignments in the schools of Odessa, while at the same time preparing for the master’s degree examinations. Florovsky’s success with the qualifying examinations made him eligible to compete also for the licensia docendi, a certificate required by the Imperial educational system for teaching at the university level. This he did by delivering successfully two required public lectures without notes before a plenary session of the university faculty. By the time Florovsky began teaching philosophy at the University of Odessa in October 1919, the winds of social and political revolution were blowing fiercely throughout the vast country, prompting four members of the Florovsky family, in January 1920, to leave their homeland under dramatic circumstances.

The devastation of the civil war and the revolution must have been a traumatic shock to Florovsky who was a reflective, studious, philosophically inclined, and religious young man. From the start Georges Florovsky knew somehow that there would be no place for him in the Soviet regime. He also knew that no philosophy or history would ever be accepted that was not taught from the Marxist point of view. Years later, reflecting back on this dramatic change in his life, Florovsky said: “My conviction was that I would never never return. It was only a feeling, of course, because at the beginning of 1920 nobody knew what would happen, not even the Bolsheviks. But I had a conviction that I was leaving forever, and I was quite sure that I would find something to do in this other world.”4

Exodus to the West

The first stop on his European journey was at Sofia, Bulgaria, where Florovsky spent his two year stay tutoring the young children of the Russian diplomatic representative in Sofia, editing and proof-reading for the Russian-Bulgarian Publishing House, participating in the activities of the Russian Religious-Philosophical Society, and engaging in an elite discussion circle, which later gave birth to the so-called “Eurasian Movement.” It was in Sofia that Florovsky completed his dissertation on Alexander Herzen, and met briefly Xenia Ivanovna Simonov, who was en route to Prague, and who would later become his wife.

While it was the Eurasian Movement that became the vehicle by which Florovsky first came to public notice as a powerful and original thinker; stationed at the front ranks of the younger members of the Russian émigré intelligentsia, he soon broke ranks with them. The Eurasians held that the war in Europe and the revolution in Russia were not simply political catastrophes but signs of the breakdown of European culture. Because of the cataclysmic changes that were taking place at that time, they began to believe that the West was dying and that a new age would emerge from the East. Even before this political tendency appeared among the Eurasians, Florovsky’s link with them was tenuous, and broke completely, as he himself recounts: “My break with the Evraziitsy came . . . in Berlin, in August 1923 . . . I was rejected, and . . . I rejected them. . . . My rejection was absolute, for I said: 'There is an intolerant spirit here; you want to be involved in political intrigue and that is not for me.”’5 Later, in an essay entitled “The Eurasian Allurement,” Florovsky argued that the historical problem raised and illuminated by the Russian Revolution could never be solved by the political and Slavophile concerns of the Eurasians. Seeing the impasse of all ideologies and philosophies of culture, Florovsky argued, not for another alternative rational ideology, but for the revitalization of culture, for a spiritual reconstruction, without the deviations and perversions of previous generations. Florovsky recoiled from any political or even social program to fight revolution with its own violence or ideological utopianism. He wanted to lift the struggle onto another spiritual and religious plane through the renewal of Orthodox Christian faith and life. He began to understand that Russian intellectual history had gone wrong, ending in cataclysmic revolution, and he wanted to ask the right questions and to find better alternatives to the paths actually taken. The articulation of this challenge, which became a basic theme in his thought, also led Florovsky to a lifelong effort to respond and to meet this challenge through his philosophical and theological work.

Thanks to a bold and constructive program set in motion by President Thomas G. Masaryk of Czechoslovakia to assist the thousands of Russians who had been displaced by war and revolution, Florovsky was offered a scholarship to pursue his scholarly work in Prague. During the decade of the 1920s no other European city had as high a concentration of the Russian intelligentsia as did Prague. Here, in April 1922, one year after they met in Sofia, Georges Florovsky married Xenia Ivanovna Simonov, a highly educated and talented painter, a translator, and a devout member of the Orthodox Church, who became not only his life long beloved companion but also his most exacting critic. During this period in Prague, Florovsky had begun anew his teaching career. On June 3, 1923, amidst all the traditional dignity and solemnity of Russian academic life, he also defended his revised thesis on “The Historical Philosophy of Alexander Herzen.” While traditional, the defense of his thesis was somewhat unusual because of the sharp clash of opinions it provoked. Florovky’s critics apparently found fault with his staunch identification with the Orthodox Church and his commitment to religious faith as the authentic starting point for all human endeavors, including philosophical enquiry. Florovsky had carried out his sharp criticism of Alexander Herzen, who was then considered to be the holiest of the “holy fathers” of the Russian cultural and religious revolutionary tradition, on the basis of the Orthodox theological tradition.

With his thesis behind him and his advanced degree in hand, Florovsky could now devote his full energies to teaching and writing through the Russian University Center in Czechoslovakia. During these years Florovsky struggled with the philosophical problems as posed by Western philosophy and produced some of his most significant essays on philosophy.6 Florovsky wanted to defend the principle of freedom in every area of existence, particularly of the human person in history. He opposed vehemently the deterministic elements in Western philosophy and denied every form of determinism, natural or historical.

It was through his early study of the Greek Fathers of the Church that Florovsky found complete confirmation of the principle of freedom, not only for history and cosmology, but also for every attempt to understand and to interpret reality and truth. By criticizing Western rationalism and determinism, Florovsky articulated his belief that through a resolute use of freedom, man could avoid all types of impersonal utopias and idealisms—Roman Catholic, Calvinist, Communist, or even Capitalist. The most significant confirmation of personal freedom was seen by Florovsky in the possibility of a person to resist and to overcome nature itself, that is, those elements in nature which, in Christian thought, are considered to be fallen, sinful, and, therefore, in need of restoration and transcendence. This idea of an ascetic achievement through spiritual growth and transformation is pervasive in the thought of Florovsky, and is not reserved only for the ascetics of Church history, but is seen as a way and a style of life for all Christians in all ages. He believed that the will of man can be healed only through freedom and an ascetical and creative effort, starting with a sacrificial commitment of the self to Christ and the Gospel that begins with Baptism and matures through a lifelong participation in the liturgical life of the Church. It is in the fellowship of the Church that a person is not only set free from the negative elements of the self and of society, but also attains to the maturity and stature of Christ. And it is this discipline of Christian Truth, as revealed and embodied in the life of the Church, that Georges Florovsky readily admitted to from an early stage in his life and thought.