The Conversion of Klaus Kenneth to Orthodoxy 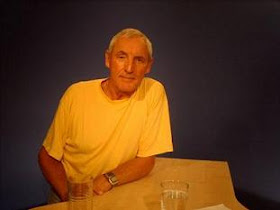 Klaus Kenneth was born in Czechoslovakia in 1945. He had a troubled childhood which eventually lead to criminal behavior and imprisonment as a teenager and young adult. Afterwards he began a spiritual search and embarked on many travels. He participated in the occult, Transcendental Meditation, drug-taking, levitation, ecstasies, etc. All this lead him on a path towards Hinduism, and to learn Hinduism he moved to Calcutta, India. In India he met many gurus and even Mother Theresa. In 1978 he became disillusioned by Hinduism and went to the Holy Land. Soon after he was attracted to Buddhism. In 1983 he met Elder Sophrony in Lausanne and England, and by 1986 he was baptized Orthodox in Geneva with Elder Sophrony as his spiritual father.

To read more about his life, see here.