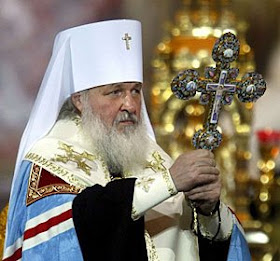 Moscow, 22 March 2010, Interfax – Patriarch Kirill of Moscow and All Russia believes the state should not give up providing social justice even in conditions of free market.

"Today, it's necessary to develop economy on basis of free market, but at the same time to provide social justice. Here the role of state is very important," Patriarch Kirill said on Monday at his meeting with Guatemala President Alvaro Caballeros at the Cathedral of Christ the Savior in Moscow.

The Patriarch stressed, "the state shouldn't give up its functions and the Church can't stop demanding justice." According to the Primate, questions of necessity to solve problems in social sphere become especially critical in the period of economic crisis.

Patriarch Kirill believes the problem of social justice is actual both for Russia "where social economy was ruined in the 90s and no other type of economy existed," and for Guatemala as it lived through a domestic military conflict with thousands victims in second half of the 20th century.

Patriarch Kirill said, believers of the Russian Orthodox Church "were always sympathetic to America's natives." He called Indians "peaceful, hardworking people, living in true harmony with nature," and pointed out to the Russian Church's rich missionary experience with American aborigines in the 19th century.

"Russian preachers won their flock with love, not with sword. Thanks to this, they left grateful memory behind them. Today, Indians of Central America show great interest to Orthodoxy," the Patriarch said.
John at 9:21:00 AM
Share
‹
›
Home
View web version