Kings College To Relaunch Its Center for Hellenic Studies 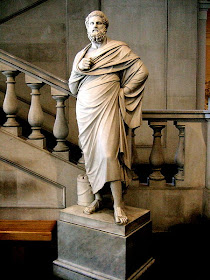 Boost For Greek Unit at King’s

London’s prestigious King’s College yesterday announced plans to boost its Center for Hellenic Studies by broadening the scope of its activities to include teaching as well as research, revoking an initial decision to “downsize” Greek studies after thousands signed a protest petition.

The original plan, made public last month, was to radically scale down the college’s Department of Byzantine and Modern Greek Studies due to cuts in state funding for education. The plans prompted thousands of students and professors from the field to sign a petition in protest and the issue was raised in the British and European parliaments.

According to the new, revised plan, the college’s Center for Hellenic Studies will incorporate the threatened Department of Byzantine and Modern Greek Studies by the launch of the new academic year.

In a press release issued yesterday, college principal Rick Trainor noted, “The study of the Greek world from prehistory to the present day is a distinctive feature of what we do at King’s and the relaunch of the Center for Hellenic Studies demonstrates our continuing commitment to the subject.”

“I am particularly pleased to be able to make this announcement on Greek Independence Day,” he added.

Professor Emeritus Dame Averil Cameron, the center’s founding director and president of the International Federation of Associations of Classical Studies (FIEC), described the development as “deeply encouraging.” “I know that the news will be warmly received all over the world where Hellenic studies is studied and valued,” she said.

Professor Roderick Beaton, Koraes professor of modern Greek and Byzantine history, language and literature, hailed King’s for devising “a bold and principled way of reaffirming its historic responsibility for a specialist subject-area in which the college has long excelled, now that the UK government, sadly, no longer provides central support for ‘minority’ subjects.”