It seems every year fringe theories, skeptics and pseudo-scholars get the most attention in the media during Holy Week. This year is no different. The two questions proposed this year have to do with the reconstruction of the face of Jesus and the naturalist explanations to the biblical ten plagues of Exodus. Interestingly both appeal to Jews, Christians and Muslims, as well as skeptics, and are sure to give the networks high ratings. 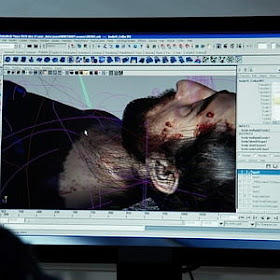 The first will air on the History Channel on Holy Tuesday and will examine the exact facial features of Jesus based on the Shroud of Turin. Of course, this only has credibility if the Shroud of Turin is an actual image of Jesus. Read more here and here. 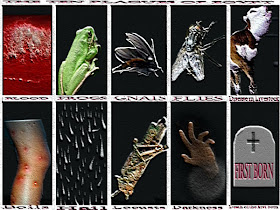 On Easter Sunday National Geographic will air a program examining the ten plagues of Egypt. Of course, any divine or supernatural explanation is not worth considering, so they will look solely at natural explanations. The evidence supporting the ten plagues is undeniable at this point, so now scientists must explain how they happened without invoking stories of faith. Read more here.
So basically we get a bunch of speculation that appeals to a large viewership. One thing it does prove however is that religion is still relevant in society. A major negative however is that pseudo-science is the directive through which religious thinking is promoted. Scientists routinely portray themselves superior to religious people who (in their estimation) accept things on faith. This ignores the fact that many theories in science walk by faith, too.
John at 10:30:00 AM
Share
‹
›
Home
View web version