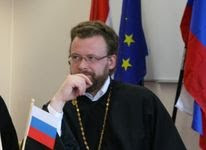 Moscow, 19 March 2010, Interfax – The Committee of Representatives of Orthodox Churches to the European Union has initiated its work.

As was reported in communique, adopted on the results of the Committee session in Brussels and conveyed to Interfax-Religion on Thursday, the new structure members believe that "the dialogue between the political community and the Churches is very welcome as a manifestation of mutual respect and as a sign of hope for a better Europe and a sustainable world."

The Committee considers such a dialogue as an opportunity "for promoting the fundamental values and principles upon which European culture has based itself and along which it has developed."

Among such values are "justice, peace, protection of the environment, sensitivity in front of situations of poverty and suffering, reasonable distribution of financial assets, condemnation and avoidance of all sort of violence, protection of children and women, access to education for all, standing in solidarity with one another, freedom of communication and expression, protection of religious freedom concerning both minorities and majorities and the rule of law," the document reads.

Acting representative of the Russian Church to the European Union Archpriest Antony Ilyin told the agency that "the Committee of Representatives of Orthodox Churches is called to make visible the presence of the global Orthodoxy both for the decision-making political elites and for an expert community and mass-media in Brussels."

According to him, Europe is a common space united not only by acquis communautaire, the Roman law, the Renaissance culture and the Enlightenment project "but above all it is united by the idea of freedom and dignity of a human person created according to the image of God, by the idea of Christian personalism and sobornost. Ignoring them makes the whole European project losing its content and its historical mission."

Holding briefings, round tables, seminars and thematic conferences dedicated to the present challenges of today's Europe is among the prospects of the Committee. It implies forming the expert groups of all interested partners including the acting Orthodox politicians, media workers, scientific community and NGO's in Brussels.