Gregory Palamas and the True Nature of the Hesychastic Dispute 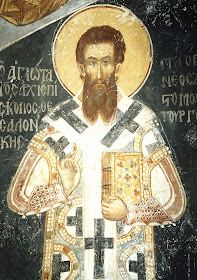 The Causes of the Hesychastic Dispute and the Chief Actors

Barlaam fought the hesychasts because he sought the renewal of theology with the assistance primarily of Plato and secondarily of Aristotle. Becoming isolated in Byzantium, on account of his quarrelsome attitude, he did not succeed in his objective, which he did not pursue any further when he subsequently returned to the West. His followers also failed.

It was the hesychastic Gregory Palamas, however, who accomplished theological renewal through the construction of his own system of theology and mysticism. This was actually the positive implication of practical hesychasm, which Palamas used as his starting point in his reaction to Barlaam and his followers. Thus, hesychastic theology became for Byzantium, from the point of view of influence, what scholastic theology was for the West, although in essence it was an antipode to the Western synthesis. Distinguishing essence and energies in God, as the Cappadocians did, but more clearly than them, Palamas declared that God was a person who remained unknown as far as His essence was concerned, but who revealed Himself with regard to His energies. Identifying these uncreated energies with the general notions, Gregory Palamas found a way to defend by means of them the partial knowledge of God, which is complemented by faith.

The Theology of Gregory Palamas

Man's demands, however, are not satisfied by theology either in its scholastic cataphatic form or in its negative apophatic form, or even its peculiar Palamite form, because in all these forms theology is "λόγος" (discourse), as Palamas himself came to discover and, hence, to seek afterwards the vision (θεωρία) which is above "λόγος". Theology as simple knowledge and understanding of God cannot be the end of a movement toward God, and apophatic theology as an immersion into the dark cloud (γνόφος) is not what the Christian ought to search for, who is obliged to move beyond it, to communion with God, the so-called divine contemplation (θεοπτία), which is so exceedingly higher than theology, as possessing something that is higher than simply knowing it. "Theology is as distant from the vision of God in light and as separate from being in touch with God, as knowing is from obtaining something."* At first glance, it seems that here we have to do with a mere difference of words; that what the mystics used to call theology (θεολογία) Palamas now calls divine vision (θεοπτία). Yet, it should not be forgotten that words usually leave their indelible marks on the realities they signify. Palamas does not reject "theology" but minimizes its significance. Practicing (ήθος) and being in touch with God are detached from the theologian, but they remain constant characteristics of the one who pursues the vision of God (θεόπτης).

From Chrestou's Greek Orthodox Patrology: An Introduction to the Study of the Church Fathers, pp. 189-190.