The Fight Against Fascists 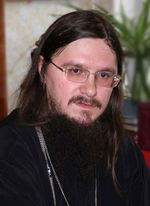 Leftist, anti-fascist activist Ivan Khutorskoi, 26, was gunned down outside his apartment building on Nov. 16. A few days later, ultraconservative Russian Orthodox priest Daniil Sysoyev was shot and killed in his church. The killing of Khutorskoi was almost certainly organized by one of the underground fascist groups. It remains unclear who wanted to kill Sysoyev, although suspicion is directed at fundamentalist Muslims or perhaps even an enigmatic group of “pagans.”

These two killings share more in common than the fact that they occurred only days apart, involved firearms and were obviously planned in advance. Regardless of the views of the victims, ideological arguments in our society are increasingly being settled through violent means.

We have long ceased to consider the murders of foreign workers and students or of anti-fascists as sensational news, but some time ago the ultraright switched from spontaneous attacks to carrying out well-planned, premeditated strikes.

It would seem that with the January murders of human rights lawyer Stanislav Markelov, Russia crossed a tragic line. Markelov was shot in the center of Moscow, immediately following a press conference and in front of numerous passers-by. Murder has become an open political provocation. That is why, unlike many other crimes, law enforcement agencies were more active in investigating the murder of Markelov, announcing on Nov. 5 that two suspects had been arrested — Nikita Tikhonov and Yevgenia Khasis. The Khutorskoi killing may have been meant to be a signal from the ultraright: Despite the arrests, the terror will continue.

The threshold for political violence has clearly been lowered. It could be that the attack against Sysoyev was to avenge the priest’s inflammatory comments about pagans, Muslims or Darwin’s theory of evolution, but it also could have been intended to destabilize the political environment by provoking a new wave of religious and politically motivated violence.

Although anti-fascists have had scattered street fights with neo-Nazis for several years, no fascist leader or member has ever been killed. But the situation is heating up. On Nov. 17, after hearing of the murder of Khutorskoi, about 70 young, masked anti-fascists attacked the Moscow headquarters of the Young Russia youth group, which they suspect of having ties to ultranationalists. According to one of the attackers, Young Russia serves as a cover for Russian Image, a radical nationalist organization. Russian Image was granted official permission to stage a concert by the group Kolovrat on the National Unity Day holiday on Nov. 4 in the center of Moscow. The lyrics of their songs speak for themselves: pagan images combined with hatred for Jews and admiration for Slavs who “also served in the legions of the SS.” Perhaps it was the same pagans who organized the murder of the priest?

With leftist radical activists intensifying their struggle against the neo-Nazi threat, it is inevitable that we will see an escalation of violence between these two groups. The authorities have responded with vague calls for fighting “extremism,” lumping together practically every group they find undesirable under this label — from dangerous right-wing radicals to union leaders who wrote a pamphlet calling for a struggle against the lowering of worker salaries during the crisis. Anti-fascist activists face the threat of being persecuted by the authorities and attacked by neo-Nazis, and this is why they wear masks to hide their faces.

As it turns out, in Russia it is much easier and safer for neo-Nazis to conduct their activities than it is for their opponents.

Boris Kagarlitsky is the director of the Institute of Globalization Studies.
John at 9:52:00 AM
Share
‹
›
Home
View web version