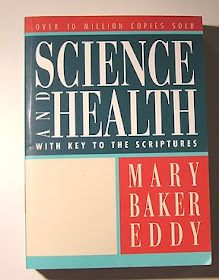 A little-noticed measure would put Christian Science healing sessions on the same footing as clinical medicine. Critics say it violates the separation of church and state.

Backed by some of the most powerful members of the Senate, a little-noticed provision in the healthcare overhaul bill would require insurers to consider covering Christian Science prayer treatments as medical expenses.

The provision was inserted by Sen. Orrin G. Hatch (R-Utah) with the support of Democratic Sens. John F. Kerry and the late Edward M. Kennedy, both of Massachusetts, home to the headquarters of the Church of Christ, Scientist.

The measure would put Christian Science prayer treatments -- which substitute for or supplement medical treatments -- on the same footing as clinical medicine. While not mentioning the church by name, it would prohibit discrimination against "religious and spiritual healthcare."

It would have a minor effect on the overall cost of the bill -- Christian Science is a small church, and the prayer treatments can cost as little as $20 a day. But it has nevertheless stirred an intense controversy over the constitutional separation of church and state, and the possibility that other churches might seek reimbursements for so-called spiritual healing.

"We are making the case for this, believing there is a connection between healthcare and spirituality," said Davis, who distributed 11,000 letters last week to Senate officials urging support for the measure.

"We think this is an important aspect of the solution, when you are talking about not only keeping the cost down, but finding effective healthcare," he said.

The provision would apply only to insurance policies offered on a proposed exchange where consumers could shop for plans that meet standards set by the government.

But critics say the measure could have a broader effect, conferring new status and medical legitimacy on practices that lie outside the realm of science.

Annie Laurie Gaylor, co-president of the Freedom From Religion Foundation, a group of atheists and agnostics that promotes separation of church and state, said the opportunity to receive payment for spiritual care could encourage other groups to seek similar status.

"This would be an absolute invitation to organize," Gaylor said.

The Christian Science Church, which was founded in Boston in 1879, has pushed throughout its history to secure official recognition for its paid prayer practitioners. Their job, as outlined by the church's founder, Mary Baker Eddy, was to pray for healing and charge for treatment at rates similar to those of medical doctors.

In the early 20th century, the church sought recognition from state regulators so the practitioners would not be prosecuted for practicing medicine without a license. Criminal courts have convicted Christian Scientists in cases where children have died after visiting prayer healers instead of receiving conventional medical care. The church says no such incidents have occurred for two decades.

The Internal Revenue Service allows the cost of the prayer sessions to be counted among itemized medical expenses for income tax purposes -- one of the only religious treatments explicitly identified as deductible by the IRS. Some federal medical insurance programs, including those for military families, also reimburse for prayer treatment.

The spiritual healing provision was introduced in the House by Rep. John Shimkus (R-Ill.), whose district includes a Christian Science school, Principia College.

Two committees in the House voted to include the measure in their versions of the overhaul, but Speaker Nancy Pelosi (D-San Francisco) stripped it from the consolidated House bill last week after a few members argued it was unconstitutional.

"I think when Congress mandates that health companies provide coverage for prayer, it has the effect of the government advancing religion," he said.

The legal issue, however, may not be cut and dried.

Michael McConnell, who heads the Stanford University Constitutional Law Center, said that "as long as patients are the ones who choose, and religious choices are given no legal preference or advantage, the proposals would appear to be consistent with constitutional standards."

In the Senate, the provision is included in a version of the bill drafted by the health committee. Majority Leader Harry Reid (D-Nev.) is considering whether to include it in the consolidated bill he will send to the Senate floor.

Kerry's spokeswoman, Whitney Smith, disputed that insurers would be forced to cover prayer. Instead, she said, "the amendment would prevent insurers from discriminating against benefits that qualify as spiritual care if the care is recognized by the IRS as a legitimate medical expense. Plans are free to impose standards on spiritual and medical care as long as both are treated equally. It does not mandate that plans provide spiritual care."

Hatch said, "I offered this amendment because I believe that everyone, regardless of religious affiliation, should have access to healthcare."

But Dr. Norman Fost, a pediatrician and medical ethicist at the University of Wisconsin, said the measure went against the goal of reducing healthcare costs by improving evidence-based medical practices.

"They want a special exception for people who use unproved treatments, and they also want to get paid for it," he said. "They want people who use prayer to have it just automatically accepted as a legitimate therapy."

Christian Science leaders say many critics misunderstand their faith. Christian Scientists do not reject medical care, church leaders said. Instead, they promote spiritual healing and do not interfere with decisions about whether to pursue medical help.

Davis has been trained as a practitioner and still occasionally treats the sick.

During the day, Davis may see multiple patients and pray for them at different moments. He charges them $20 to $40 for the day, saying, "I think that it would be considered modest by any standard."

The church, which has seen a steady decline in adherents, does not reveal membership numbers. It claims between 1,700 and 1,800 congregations in more than 60 countries.

Davis said the church consulted legal experts to develop legislation that was constitutional and consonant with the overall goals of healthcare reform. It also hired a major Washington law firm, Mayer Brown, to lobby for the provision.

"We think this is an important aspect of the solution," Davis said, arguing that Christian Scientists are leading the fight for all who believe in spiritual healing. "We don't believe there should be hurdles between an individual and spiritual treatment that could be the most important solution to healthcare in this country."
John at 11:51:00 AM
Share
‹
›
Home
View web version