Ark of the Covenant to be Unveiled In Ethiopia 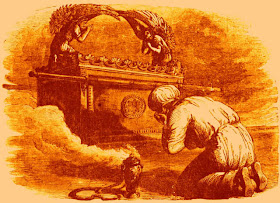 [This is amazing news in light of the fact that the Ethiopian Orthodox Church has always insisted they would never unveil the Ark of the Covenant. Only one monk at a time was ever allowed to see the Ark at the St. Mary's Church in Axum and remained there for life, and the military protected it with guns from outside the locked gates. Many of these monks have reported losing their vision from looking at the Ark too long, so I wonder how it will keep up in a museum. More about the Ark in Ethiopia can be seen here. - J.S.]


'Ark of the Covenant' about to be unveiled?
Ethiopian patriarch tells pope he will show artifact to world

The Patriarch of the Orthodox Church of Ethiopia says he will announce to the world Friday the unveiling of the Ark of the Covenant, perhaps the world's most prized archaeological and spiritual artifact, which he says has been hidden away in a church in his country for millennia, according to the Italian news agency Adnkronos.

Abuna Pauolos, in Italy for a meeting with Pope Benedict XVI this week, told the news agency, "Soon the world will be able to admire the Ark of the Covenant described in the Bible as the container of the tablets of the law that God delivered to Moses and the center of searches and studies for centuries."

The announcement is expected to be made at 2 p.m. Italian time from the Hotel Aldrovandi in Rome. Pauolos will reportedly be accompanied by Prince Aklile Berhan Makonnen Haile Sellassie and Duke Amedeo D'Acosta. 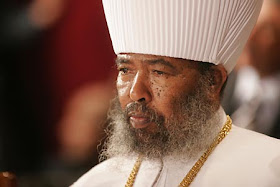 Abuna Pauolos, patriarch of the Orthodox Church of Ethiopia
"The Ark of the Covenant is in Ethiopia for many centuries," said Pauolos. "As a patriarch I have seen it with my own eyes and only few highly qualified persons could do the same, until now."

According to Pauolos, the actual Ark has been kept in one church, but to defend the treasure, a copy was placed in every single church in Ethiopia.

He said a museum is being built in Axum, Ethiopia, where the Ark will be displayed. A foundation of D'Acosta will fund the project.

The Ark of the Covenant is the sacred container of the Ten Commandments as well as Aaron's rod and a sample of manna, the mysterious food that kept the Israelites alive while wandering in the wilderness during their journey to the promised land.

The Bible says the Ark was built to the specifications of God as He spoke to Moses. It was carried in advance of the people and their army by priests. It was also carried in a seven-day procession around the walled city of Jericho.

The idea that the Ark is presently in Ethiopia is a well-documented, albeit disputed, tradition dating back to at least 642 B.C. The tradition says it was moved to Elephantine Island in Egypt, then to Tana Kirkos Island in Ethiopia and finally to its present site at St. Mary's of Zion Church in Axum.

Ethiopians believe it is destined to be delivered to the Messiah when He reigns on Mount Zion – the Temple Mount in Jerusalem. 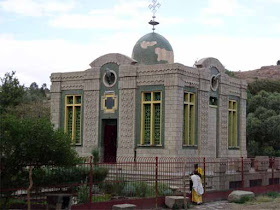 Axum Zion Church/ St. Mary Church of Zion which has housed the Ark of the Covenant for centuries
Jeremiah 3:16 points to a time when the Ark will vanish not only physically, but from the minds of the people: "And it shall come to pass, when ye be multiplied and increased in the land, in those days, saith the LORD, they shall say no more, The ark of the covenant of the LORD: neither shall it come to mind: neither shall they remember it; neither shall they visit it; neither shall that be done any more."

The Book of Revelation says the Ark is in the temple of God in heaven (Rev. 11:19). Muslim scholars say it will be found near the end of times by the Mahdi – a messianic figure in Islam.